A construction company owner faces up to 60 years in prison for allegedly under-reporting payroll to trim his company’s workers’ compensation premium payments, which is considered fraud.

Carlos Contreras, who owned  DJC Builders & Construction, allegedly avoided over $1 million in premiums because he lied about the number of employees in his company. According to court documents, Mr. Contreras filed papers that indicated that his payroll was under $275,000 a year. But investigators determined, largely by looking at records of various check cashing establishments in Florida, that DJC’s payroll was closer to $13 million a year. The Florida Department of Financial Services worked with several other agencies to gather evidence for the indictment.

“When companies lie to obtain cheaper, inadequate workers’ compensation policies, staff or property owners are left vulnerable to covering sky-high medical costs if a worker gets injured on the job, and free markets are disrupted by scammers who can underbid their legitimate competitors,” remarked Florida’s Chief Financial Officer Jimmy Patronis.

Why Is Employer Fraud Common In Florida?

Workers’ compensation employee fraud cases nearly always dominate the headlines, especially if the story involves a staged injury claim, fraudulent paperwork, or other behavior that’s clearly morally and legally wrong. But, mostly because it happens on a much larger scale, widespread cases of employer fraud cost the system much more than isolated instances of worker fraud.

Even though Florida is one of the few states that aggressively prosecutes employer fraud cases, the temptation to ignore the law is simply too great in many cases. Most employers know that, even if they are caught, the penalty is normally a rather small fine that may barely exceed the amount of money that the company illegally saved. The possible prison sentence mentioned in the above story is one of the rare exceptions. In other words, weak laws hamper diligent investigators, creating a fertile environment for schemes like:

These scams, and others like them, drain money from the system, so there is less available to pay compensation to injured workers. The situation is even more acute because, as the Florida Supreme Court recently observed, Florida’s workers’ compensation bureaucracy has become very bloated over the years, so much more of the money that does come in goes to administrative and program costs as opposed to worker benefits. 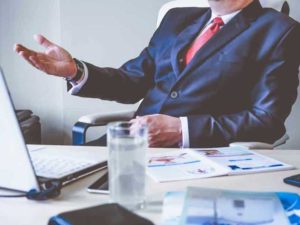 Since there is less money available, insurance company lawyers are more determined than ever to deny fair compensation to work injury victims. Moreover, even if the insurance company agrees to settle the case, the settlement may be for pennies on the dollar. To get a fair-sized piece of an ever-shrinking pie, an aggressive St. Petersburg workers’ compensation attorney is no longer a luxury, but a necessity.

To make up for the fact that injured workers normally cannot file damage claims in court, workers’ compensation is no-fault insurance which pays economic losses for:

Even if the victim had a pre-existing condition, such as a bad knee or non-work hearing loss, that’s exacerbated by a workplace injury, the victim may be entitled to full compensation.

Workers’ compensation pays both lost wages and medical bills. The former includes both regular and irregular compensation. Furthermore, in some cases, salary increases may be relevant. For example, if a professional football player is injured in training camp, he should be compensated at a much higher level once the regular season begins and his pay increases substantially. The latter category includes both emergency care and other reasonable and necessary medical expenses, such as physical rehabilitation.

In some cases, injured workers may be able to go outside the workers’ compensation system and obtain additional compensation. Some examples include:

This additional compensation is usually money for noneconomic damages, such as pain and suffering or loss of enjoyment in life. Punitive damages may be available as well, in some situations.

Injured Florida workers are usually entitled to no-fault insurance benefits. For a free consultation with an experienced workers’ compensation lawyer in St. Petersburg, contact Burnetti, P.A.today, because you have a limited amount of time to act.