Surgical mesh devices used to treat pelvic organ prolapse (POP) and stress urinary incontinence (SUI) may have more serious risks than previously reported. Many women are reporting side effects and complications associated with the surgical mesh devices to the U.S. Food and Drug Administration (FDA). If you are suffering from injuries related to a defective transvaginal sling, a Tampa medical malpractice attorney may be able to help you pursue compensation for damages. 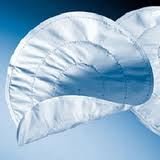 Transvaginal surgical mesh is a medical device generally used to repair weakened or damaged tissue, and generally used to treat patients experiencing Pelvic Organ Prolapse (POP) or Stress Urinary Incontinence (SUI). POP occurs when the tissues that support organs in the abdomen become weak or stretched and prolapse into the vagina, or sometimes past the vaginal opening. SUI is a leakage of urine that occurs during moments of physical activity, such as coughing, sneezing, laughing, or exercising. Treatment to repair POP includes surgery performed through the abdomen or transvaginally, using stitches, or by using surgical mesh. When opting to treat with the mesh, the medical device is permanently implanted to reinforce the weakened vaginal walls or to treat urinary incontinence. The FDA reports that “in 2010, there were at least 100,000 POP repairs that used surgical mesh. About 75,000 of these were transvaginal procedures.”

Pelvic Mesh Side Effects And Complications From Surgical Mesh Devices

From 2008 – 2010, the FDA received numerous reports of complications arising from the usage of surgical mesh devices for POP repair, with many requiring additional intervention, including medical or surgical treatment and hospitalization. The most frequent complications included:

According to a recent announcement by the FDA, serious complications associated with surgical mesh for transvaginal repair of pelvic organ prolapse (POP) are not rare, a reversible of what they previously reported on October 20, 2008.

From January 1, 2008, through December 31, 2010, “the FDA received 2,874 additional reports of complications associated with surgical mesh devices used to repair POP and SUI…” Due to the continued high level of adverse event reports, the FDA has identified surgical mesh for transvaginal repair of POP as an area of continuing concern.

The FDA also states in the notification that “…it is not clear that transvaginal POP repair with mesh is more effective than traditional non-mesh repair in all patients with POP and it may expose patients to greater risk.” A review of published scientific literature from 1996 – 2011 that evaluates the safety and effectiveness of vaginal mesh shows “…that transvaginal POP repair with mesh does not improve symptomatic results or quality of life over the traditional non-mesh repair.”

The FDA is working to assess and monitor the safety and effectiveness of the mesh sling used to repair POP, plus evaluate the effects of using surgical mesh to repair SUI with findings to be communicated at a later date.

If you have experienced any pelvic mesh side effects caused by a defective transvaginal mesh sling, a  may be able to help you pursue compensation for your injuries. For more information, fill out the Free Case Evaluation form or call (888) 444-8508.