There is one thing that we all have in common. We are all human, and we all make mistakes. However, the beautifully unifying quality of this shared imperfection is not so beautiful to those of us who end up on the wrong end of one of these mistakes. When the source of that mistake is your doctor, the results can be catastrophic. To make matters worse, Florida law used to place a limit or “cap” on the amount of money that a victim of medical malpractice could recover. Thankfully, these caps were recently found to be unconstitutional and medical malpractice victims can finally recover full and fair compensation for their injuries. 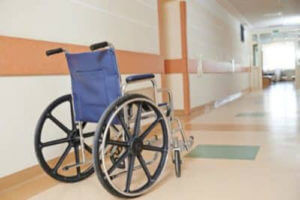 A doctor is someone that we place our utmost trust in for medical advice, treatment, and our health. We go to our doctors when we are sick or injured with the expectation that we will leave that doctor’s office in a better position than we were in when we entered. Unfortunately, this is not always the case. Doctors – just like everyone else – make mistakes. However, if you are a victim of a medical professional’s negligence, you are entitled to full and fair compensation for your injuries. Medical malpractice lawyers at Burnetti, P.A. in Tampa Florida come highly recommended in their field.

Arbitrary Caps On Medical Malpractice Damages Have Been Overturned

These limits applied to “non-economic” damages which consist of compensation for  non-pecuniary injuries including:

The natural question that follows that you probably find yourself contemplating at this point  is “Why?” Namely, why would the Florida legislature implement these caps on damages and prevent victims of medical negligence from recovering full and fair compensation for their injuries?

The underlying justification related to the availability of healthcare among other things. The legislature felt that implementing these caps would remedy the 2003 “malpractice insurance crisis” in that it would:

These justifications may seem to make practical sense, but that’s about it. The biggest problem with this laundry list of justifications is less about what’s “on” the list and more about what’s missing. Namely, why is keeping insurance premiums down and physician residency up more important than fairly compensating an individual who may have lost a limb, fallen into a vegetative state, or who was otherwise seriously injured as a result of medical negligence? What justifies denying these victims of medical negligence full and fair recovery for their resulting, life-long pain and suffering?

The Supreme Court Has Ruled Damage Caps As Unconstitutional

Thankfully, the Florida Supreme Court agrees that this question cannot be answered in favor of the arbitrary cap on damages for non-economic medical malpractice damages. As such, In North Broward Hospital District v. Kalitan, the Supreme Court decided that these damage caps in medical malpractice actions were Unconstitutional in that they violated the Equal Protection Clause of the Florida Constitution.

“All natural persons, female and male alike, are equal before the law”

What this ultimately means is that every Florida resident has the right to stand before the law on equal ground and have access to the same rights.  In holding that the damages cap is unconstitutional under the Equal Protection Clause, the Supreme Court reasoned that this arbitrary limit to recovery in medical malpractice actions:

“ imposes unfair and illogical burdens on injured parties when an act of medical negligence gives rise to multiple claimants. In such circumstances, medical malpractice claimants do not receive the same rights to full compensation because of arbitrarily diminished compensation for legally cognizable claims. Further, the statutory cap on  noneconomic damages does not bear a rational relationship to the stated purpose that the cap is purported to address, the alleged medical malpractice insurance crisis in Florida.”

Further, not only was the damages cap concerning and unfair from a moral standpoint but at the end of the day, it didn’t work. Data suggests that it actually did not lower medical malpractice premiums nor did it keep Doctors in the state of Florida. It had little to no effect on the availability of healthcare or the number of physicians willing to perform risky procedures.

If you have suffered a personal injury at the hands of a medical professional, you are entitled to full and fair compensation for your injuries. The arbitrary limit on your ability to receive the full and fair compensation for your injuries resulting from medical negligence is now a thing of the past. The Supreme Court has done away with this problematic and unfair piece of legislation. Contact experienced personal injury attorney, Burnetti P.A. to help you navigate your medical malpractice claim and ensure that you are fairly compensated for your injuries.